The store will not work correctly in the case when cookies are disabled.

What is an STC Rating?

Sound Transmission Class, or STC ratings, are the primary method of determining sound transmission loss, as well as how much sound certain materials block or reduce airborne sound. Simply put, STC measures how much sound is lost when traveling from one side of a wall, floor, or ceiling, to the other side.

Decibels (dB) measure how loud a sound is. Frequency (Hz) determines the pitch of a sound. Transmission Loss measures how much sound is blocked by a partition. 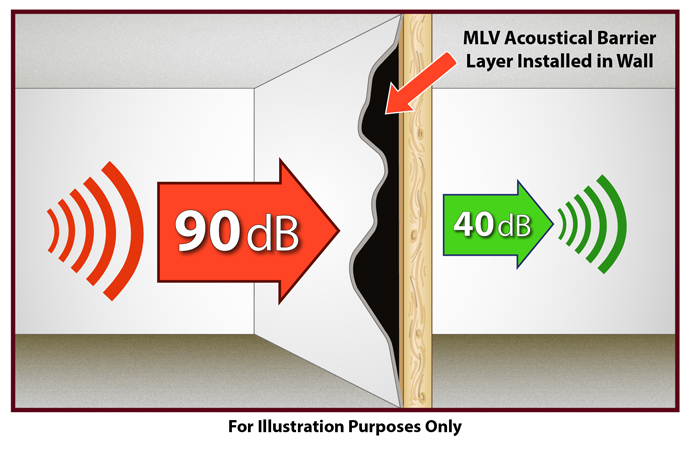 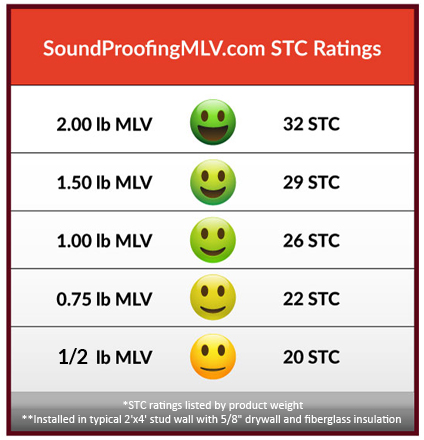 The Sound Transmission Chart works by averaging the amount of noise stopped at 18 different frequencies, measured in decibels. A curve is created to determine the transmission loss at those 18 common points. The STC only tests frequencies between 125 and 4000Hz, so it does not give test data for extremely low or extremely high frequencies.

The higher the STC rating, the more sound is stopped. Every partition provides some level of sound reduction, and therefore has an STC rating.

A standard wall assembly made of 5/8” drywall with standard 2”x4” studs has an STC rating of 33. This is where the STC rating can be confusing. Adding a 1LB MLV to a wall does not mean STC ratings can be added together. STC ratings use a logarithmic formula, so adding a 1 LB MLV with a 26 STC to a wall with a 33 STC would result in around a 41-42 STC. This rating could be increased through other methods, such as adding another layer of drywall or using MLV on both sides of the wall.

For example, taking a wall assembly that is constructed of 5/8” drywall, 2x4 studs, and 5/8” drywall, with no insulation, and adding a 1 LB MLV and another layer of 5/8” drywall would result in an higher STC rating, around a 48-49 STC. Since it is a logarithmic scale, similar to the Richter Scale for earthquakes, a small change of 9 or 10 in the STC represents a much larger change in the amount of sound that is reduced.

Changing an STC rating from a 28 to a 38 reduces 90% of the sound experienced at the 28. A change of 28 to 43 brings a 95% reduction in noise. For such a small change, these are substantial differences in noise level.

The range shown in the chart below shows test results of Noise Grabber™ MLV. As you can see, there are different degrees of sound blockage at different frequencies and is the most wide-ranging of all the MLV sizes. This is what makes Noise Grabber MLV an excellent choice for a project.

What does this mean for Noise Grabber™ MLV?

STC ratings are an important factor in how we develop our products, and are the most important test in determining how much sound a material will block. Noise Grabber™ MLV’s STC ratings are achieved through certified USA laboratory testing and analysis, using ASTM and UL standards. That’s why we can say without a doubt that Noise Grabber™ MLV is effective in reducing sound.

Reviewing the charts above will help you determine what material best fits your needs. Sound is subjective, and our goal is to help you find the best solution for YOU!

We're here to help with any questions you may have. Contact our soundproofing experts at 866-447-8438 or sales@soundproofingmlv.com. 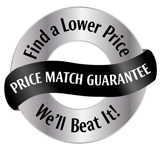